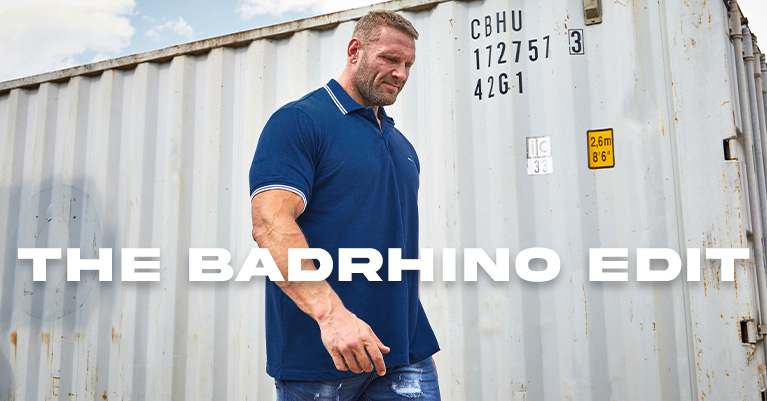 Q&A With Terry Hollands: How Has He Been Preparing For The WSM Competition?

We caught up with Terry to find out what we’ve all been wanting to know. How has been preparing for the World’s Strongest Man Competition? From his training schedule to advice for someone wanting to take part in the competition, keep reading to find out more.

How have you been preparing for WSM? Has your training been intense?

“So my training for WSM, I’ve been preparing now for 11 weeks, I’ve got two weeks to go, it’s a combination of weight training in the gym some conditioning work and also practising the actual events I’ve got to do in the competition so It’s quite an intense regime at the moment, but two more weeks to go, training feels like it’s gone really well and I feel like I’m ready to put in a good performance.”

What do the days leading up to the WSM competition look like?

“So the days leading up to the competition, to start with when we’re very close there’s not a lot of training involved. Those last few days you’d probably do a bit of rolling, stretching, things like that just to keep everything loose, maybe go in the gym and lift some weights but nothing heavy at all just to mobilise all your joints and make sure everything’s in a good place and working as it should. And a hell of a lot of eating and a hell of a lot of sleeping so it’s all about those last few days going in as fuelled as you can and as fresh as you can and your body function as it should.”

What advice would you give to someone just starting out training/wanting to take part in WSM?

“For someone first wanting to start out in strongman, the best thing I could recommend is obviously to try and get some good training partners, find yourself a coach or someone who’s experienced in the sport already as you can learn a lot from being around people like that. Also find a gym that’s got some strongman equipment, it will save you a lot of money instead of having to go and buy it all yourself because half the battle is you can be as strong as you want in the gym but without actually practising the events you’re going to do in the competition you’ll be at a disadvantage. So yeah probably get a good training programme or training partners and find a gym that has plenty of strongman equipment, and the most important thing is just enjoy it.”

Has lockdown affected your diet at all?

“I mean for me the lockdown actually almost made the diet easier, because I was around a lot more at home, because obviously the strongman diet we’re not trying to keep ourselves having six packs so consuming the amount of food we need to consume normally can actually be an issue if you’re busy and on the road or you’re at work, so lockdown was good for that because I was never more than about 10 foot away from the kitchen so I had a constant supply of food.”

How do you wind down/relax after an intense training session?

“For me most of the time I finish my training I’ll sit around for a while chatting with everyone do a little bit of stretching and foam rolling. Recently I’ve been going to a local spa just to sit in the jacuzzi for a little while, in and out the saunas as well. I also use a cryotherapy place where it’s like -80 degrees and you stand in a chamber for a few minutes. I’ve been doing that and just for me it’s about trying to get my brain switched off, that’s sometimes the hard bit. I sort of turn the TV off put the phone down probably for a least an hour before I go to bed to get myself relaxed and in the right frame of mind and then I’ll go to bed and actually be able to sleep.”

What’s the most rewarding part about the competition?

“I’d say the most rewarding part about competing is actually obviously doing the competition, that’s where all your hard work gets put on display and show everyone how hard you’ve worked and how much effort you’ve put into it, so yeah just being at the competition going out having the crowd screaming, everyone cheering you on and willing you on even the other competitors, it’s a great feeling and that makes it all worthwhile, because you’ve done all that hard work and then you get to show everyone that.”

What does a typical day in the life look like?

“At the moment this close to the WSM my day basically revolves around eating the correct amount of food that I need to eat, the training, keeping my body working as it should. It’s not dissimilar to when we’re really close to competitions it’s all about eating right, resting right, recovering and then also on top of that I’ve got the training there as well. So it’s stretching, foam rolling, eating right, making sure I’m getting plenty of sleep, training well and also then doing my day-to-day work as well so it’s pretty full on at the minute but I wouldn’t want it any other way really.”

How do you feel about being on the billboards?

“I think being on the BadRhino billboards is absolutely amazing, had a few people message me on social media saying they’d seen the billboards, I never thought I’d see myself on a billboard like that and yeah it’s fantastic and it’s great to be associated with such a good brand especially being a bigger guy like myself. I remember years ago it was so difficult to get anything decent and it’s good that companies like BadRhino are around now that can facilitate us big boys not looking like we’ve dressed up in a potato sack.”

Make sure to follow our Instagram @badrhinouk to stay up to date with the latest men’s fashion. Tag us in your photos and you can feature in the next edit!

Q&A With Terry Hollands: How Has He Been Preparing For The WSM Competition?