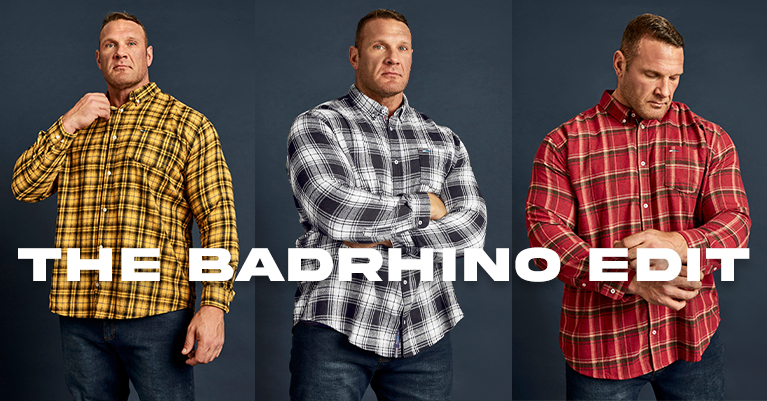 We all love a beer but are you bored of your local pub/bar?

Now there’s nothing wrong with the local, but why not try something a little bit different this weekend? We’ve rated BadRhino’s top 10 favourite pubs and bars in the UK.

Otherwise known as ‘The Phil’ this dazzling and flamboyant pub has its own place in history as ‘the most ornate pub in England’. The pub itself is bursting with character, commissioned between 1898 and 1900, it is a showpiece in the style of gentlemen’s club. Don’t forget to make the most of the eclectic range of real ales and the quality pub pies.

The pub celebrates an annual summer Gin Festival where they celebrate all things Gin. This year’s Gin Festival is set to be the biggest one yet with 38 premium gin brands, their very own bespoke Barrel Aged Tanqueray Festival Gin, a selection of exclusive gin masterclasses as well as gin themed gigs, gin tours and infamous secret gin parties and exciting social media competitions and giveaways. Based on the Gin Festival, BadRhino rates this pub:

If you’re a fan of Urban Street Art, with the likes of Banksy, D*Face, Nick Walker, Blek, Obey, Faile and Army Lion then this is your new drinking spot. The Lord Clifden prides themselves on quality produce, imported premium lagers and excellent service with an artistic imprint. Trip Adviser describes the Lord Clifden as a “Lovely place, great atmosphere and very chilled”.

Every Saturday at The Lord Clifden the pub look forward to a day of great food served all the way through the day until 10pm, plus they show live action from the Premier League, The EFL, cricket, rugby, GSS! Basically, if it’s on, they’ll show it! Based on this BadRhino rates this pub:

This stylish bar was created for those seeking fine uptown food and drink in a downtown chic surrounding. Manahatta in Leeds is the ultimate taste of New York. Over two floors, Manahatta offers a relaxed haven of great food, drink and atmosphere. The bar is full of style serving an eclectic grill menu and cocktails.

The Manahatta menu is inspired by New York’s real food scene, a drinks list featuring the best cocktails from around the world and an atmosphere you won’t forget, Manahatta brings the shameless glamour of uptown New York to the very heart of Leeds. Based on this atmosphere BadRhino rates this bar:

Since day one, the Brew Dog in Glasgow has become a fixture in what is one of the UK’s most vibrant beer-drinking cities. The Brew Dogs mission is to get as many people as passionate about great craft beer as they are. That success is down to a number of reasons – the amazing beer range, served by BrewDog Glasgow’s knowledgeable, approachable staff. If you visit the Brew Dog expect regular barnstorming live music; and freshly-cooked food.

BrewDog has become Top Dog in the craft beer revolution; fighting the beery fight on the front lines in the UK and across the international scene. Based on this revolutionary beer BadRhino rates this pub:

If you’re down for a bit of celebrity spotting then this is the place for you. The Prospect of Whitby is London’s oldest riverside pub dating back to 1520. The original flagstone floor survives and the pub also has a rare pewter-topped bar as well as old barrels and ships masts built into the structure. The pub was originally frequented by those involved in life on the river and sea and it was a notorious haunt for smugglers, thieves and pirates.

Based on the pubs spectacular views over the River Thames, including the beer garden and first floor balcony and terrace, BadRhino rates this pub:

If you enjoy doodling, drinking and delicious food, the doddle bar is the place for you. The Doodle Bar is a bar and events space where people have the freedom to enjoy a good scribble, play a game of ping pong, peruse the market and enjoy some street food. The Social Sketch Up is a fun and informal workshop that will help you to unleash your creativity through a mix of easy art activities, with a different theme each month, what’s not to like?

Based on the bars social sketch up, BadRhino rates this bar:

If drinking super taste beer is your favourite pastime then the award-winning brewery in Cardiff the Tiny Rebel is the place for you. Trip advisor reviews describe the pub as a fantastic mix of retro and industrial. The brewery is also the youngest and only Welsh brewery to win Champion beer of Britain.

Based on the pubs regular fun nights, from weekly board game nights to monthly pub quizzes BadRhino rates this pub:

Despite looking small from the outside, Alvinos hosts 3 floors, 2 bars and 1 secret urban terrace, to bring you the best in Newcastle’s cocktail scene. Alvinos enjoys all things traditional but also loves to explore and play around. They use fresh ingredients and quality spirits to tantalise your taste buds, ignite your curiosity and satisfy your thirst. If you want twinkling, minimal techno and a game of pinball with your pint then this cool bar will hit the spot.

Based on 2-4-£9.95 on all cocktails Sunday – Thursdays BadRhino rates this bar:

If you fancy one of the finest cocktails in Bristol, let me introduce you to The Milk Thistle. The bar is the flirty younger sister of the cities hippest prohibition bar, Hyde & Co. The bar is one of the city’s best-kept secrets promising to provide the ultimate escape. Visit the Milk Thistle for; good drinks, good company, and most of all, a good time.

Based on the regularly changing cocktail menu which is full of twists on classic cocktails and unique concoctions BadRhino rates this bar:

Time out rates Mother Kelly’s in London four stars, so why not check this New York inspired bar out for yourself. Mother Kelly’s is tucked beneath one of the railway arches on Bethnal Green’s Paradise Row. The pub itself is a bright, corrugated tunnel with chunky wooden decking, plenty of space to sit and stand, and a loud wall of graffiti splashed across one wall.

Based on London’s best street food vendors pulling up to the bars arch every Thursday to Sunday, BadRhino rates this bar:

Now go, raise a glass and enjoy exploring at least one of the above!